The first half of the following Youtube videos describes this article. 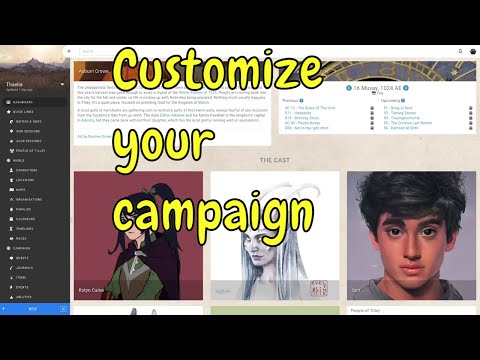 Boosted campaigns can write custom CSS for their campaigns. This interface is access in World and Theming.

To keep what little sanity you have left, it is recommended to split up your css into multiple themes.

CSS fonts are only properly imported when they are at the beginning of the CSS file. Since all the campaign’s active themes are merged together in the order defined by the campaign’s admins, it is recommended to have a _fonts theme in first position for all of your font import rules.

Some marketplace plugins will require you to add font rules to your Kanka campaign. Having a _fonts theme at the top makes this super easy.